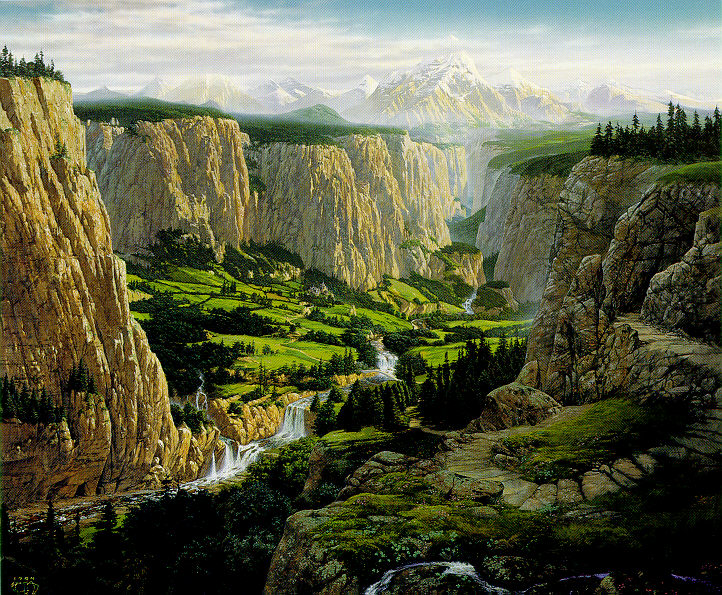 The Conlang List
A giant list of constructed languages from around the web. Not even close to complete!
Richard Kennaway's Conlang List
The inspiration for my own conlang list. Not maintained; many of the links are dead.
Cuio Edhellen!
A textbook I'm writing to teach J.R.R. Tolkien's Elvish language Sindarin. A work in progress, but there are several completed chapters covering pronunciation, tengwar writing, and basic phrases.
What's a Conlang?
An introduction to the hobby.
Zompist's Language Construction Kit
A guide to making your own language, for the perilously interested.
Keneak
A conlang I made in college. It tries to be a somewhat-artistic logical language.
Gnomish
A complex cipher of English that yielded a language with its own quirky grammar.
The Viking Society of Nordic Research
A website with many resources for learning Old Norse. Recommended: A New Introduction to Old Norse, which has separate Grammar, Reader, and Glossary PDFs.
OldEnglishTranslator.co.uk
An Old English / Modern English Bilingual Dictionary, including inflected forms of nouns and verbs.
Glǽmscrafu
A site about J.R.R. Tolkien’s languages, including audio recordings of Tolkien himself speaking Elvish.
RealElvish.net
Fiona Jallings’ site on Tolkien’s elvish languages, providing English-to-Elvish translations.
A Fan's Guide to Neo-Sindarin
Fiona Jallings’ Sindarin textbook.
Eldamo.org
Paul Strack’s ELvish DAta MOdel, aiming to catalog all the Elvish words gleaned from Tolkien's works and created by fans in an annotated cross-referenced database. An awe-inspiring work of scholarship, not aimed at beginners.
Parma Tyelpelassiva
The Book of Silver Leaves. Thorsten Renk’s site with excellent Quenya and Sindarin courses available for download.
Gwaith-i-Phethdain
The Fellowship of the Word-Smiths, with information about the Elvish dialogue, inscriptions, and lyrics in the Lord of the Rings movies.
Sindanórie
A site with many articles about Elvish languages and poems in several rare Elvish dialects.
Amanye Tenceli
The Writing Systems of Aman, Måns Björkman’s site covering the Elvish tengwar script, plus a few others less well-known—like Rumil’s sarati.
Creole Typology I: Comparative Overview of Creole Languages
A paper describing how creoles differ morphologically and syntactically from other types of languages.
Scots Online
Pittin the Mither Tongue on the Wab! Includes audio recordings and a Scots translation of Alice’s Adventures in Wonderland.