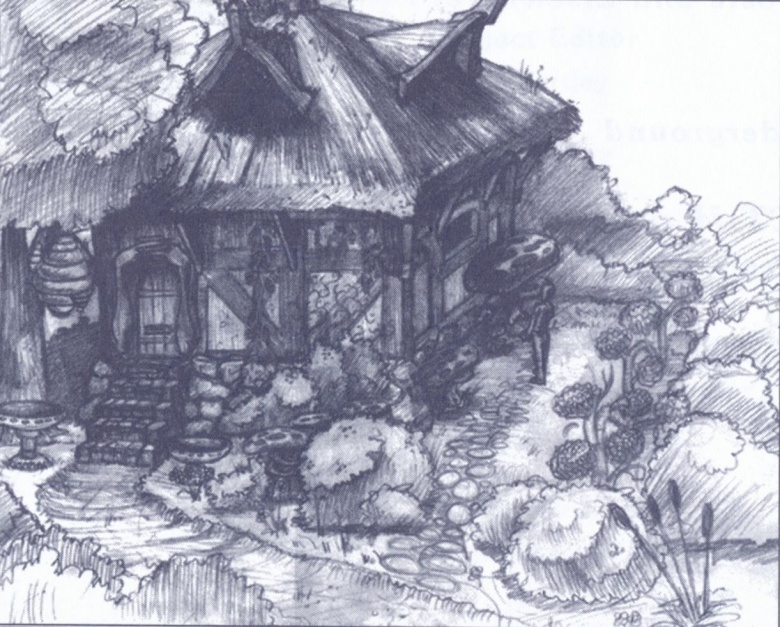 There is a way of being in the world that is timeless.

It is ancient, but it does not age. If you ever meet someone who walks it, you will find it (and them) as old as the seasons and yet as fresh as spring.

To many people, the Way seems at first like something from the past: innocent, perhaps a little nostalgic. But it only seems that way because when we envision the present, and the future, we envision a mode of living bent on shunning and devaluing the innocence, humaneness, and deep feeling that are the center of the Way.

In fact, once you look more closely, the Way reveals itself to be essentially progressive. Though it is as deeply rooted in the past as a tree is in the ground, it is not backwards-looking or conservative. In fact, modern manifestations of the Way rely on both progressive politics and modern technology for their existence.

I can best describe the Way as an attitude people have toward others, and toward things: their possessions, their environment, the things they create. It is an attitude marked above all by deep knowledge of and respect for what already exists, and therefore by steady, incremental, almost effortless change.

The Way is profound, but not melancholy. It is free, but not careless. It invites, but does not demand. It has a vigor that is restrained by gentleness. It is a little bit informal, yet it delights in a particular kind of precision, like that of a puzzle satisfyingly solved. It treats all things with kindness, because it sees that they are part of itself.

Here, then, are the steps along the Way:

If you can do step (1), you're a third of the way there. Recognize when you're truly happy, when you feel free, and when you're able to be yourself. Identify what about the situation makes you feel that way.

Next, make those situations repeat, for yourself and others around you. Double down on what you know to be good. Variety will happen; let it happen slowly. Repeating good ideas can be as simple as curating a list of links. This is different from clicking share on every social media post that makes you feel a strong emotion. Since the things you curate are going to be repeated, you want to make sure they're enduring. What will you still think of fondly a decade from now?

Finally, build on the ideas that you've gathered around you. Remix a song, translate a poem, or write a fanfic. Don't worry if your creative contribution seems small; smaller is better here. As Pablo Picasso blithely stated, good artists borrow; great artists steal. Know the roots of your art and mine them deeply. When you create something new, draw inspiration from your own life, your own heart.

And, this is the crucial point: resist social pressure to create new things that are not grounded in what exists. Our modern conception of the artist as independent creator, untethered from the rest of the world, is pure nonsense. Creation, in that too-often-used sense, is no more than chaos. Because after all, what is chaos, what is noise, but that which is uncorrelated with anything else that exists?

Rather, build slowly, slowly, yet steadily, recognizing that the world of creation is an unfolding song: you cannot improve it by skipping a beat or forcing a chord change. If you've ever jammed with a group of musicians, you'll know what I'm talking about. A jam session has its own pulse, its own breath, that the musicians just ride; no one person is really in control of it, and if you try to take control, the music almost always goes sour.

Now I want to indulge a personal obsession and relate what I've written so far to the work of J.R.R. Tolkien, who was, of all modern writers, perhaps the most deeply rooted in the Way.

The essay Dangweth Pengoloð, The Answer of Pengolodh, contains some of Tolkien's most direct descriptions of how the Elves of Middle-earth perceived creativity and its relation to their world. The essay is framed as an extended response by the elf Pengoloð to a question posed by the human time-traveler Ælfwine (Old English for Elf-friend). The question is: Manen lambë Quendion ahyanë? How did the language of the Elves change? Ælfwine's assumption is that since the elves are immortal, their languages should change very little over timespans of centuries and millenia, but in fact the Elvish languages have evolved significantly.

Pengoloð begins by reminding Ælfwine of how the Elves perceive history, in a world where they outlive almost everything around them:

Ælfwine, within Eä all things change, even the Valar; for in Eä we perceive the unfolding of a History in the unfolding [. . .]. From the spring in the mountains to the mouths of the sea, all is [the river] Sirion, and from its first upwelling even to its passing away when the land was broken in the great battle, that also is Sirion, and nothing less.

In other words, the elves perceive Eä, the whole universe, as a continual unfolding process, in which every part is subject to change. The identity of a changeful thing, like the river Sirion, is preserved because of the continuity and smoothness of those changes. When change is smooth, new things can evolve while keeping the memory of the old.

And new things, even new languages, do evolve, because Elves, like mortals, become numb to repetition. A word or phrase that is used too often loses its savor. This relates to the Zen concept of beginner's mind described by Shunryu Suzuki:

The goal of practice is always to keep our beginner's mind. Suppose you recite the Prajna Paramita Sutra only once. It might be a very good recitation. But what would happen to you if you recited it twice, three times, four times or more? You might easily lose your original attitude towards it.

Here is how Pengoloð puts it:

When the union of the thought and the sound is fallen into old custom, and the two are no longer perceived apart, then already the word is dying and joyless, the sound awaiting some new thought, and the thought eager for some new-patterned raiment of sound.

To keep their beginner's mind, the Elves continually play with and refresh their language. This playfulness extends to other arts as well:

the Eldar being skilled and eager in art will readily make things new, both for delight to look on, or to hear, or to feel, or for daily use: be it in vessels or raiment or in speech.

Pengoloð reminds his audience that in order for a creation to spread, others have to be ready to receive it:

Let [a man] bethink him of a new word, be it to his heart howsoever fresh and fair, it will avail him little in converse, until other men are of like mind or will receive his invention.

Fortunately, Elves are always willing to entertain a novel idea, at least temporarily:

But among the Eldar there are many quick ears and subtle minds to hear and appraise such inventions, and though many be the patterns and devices so made that prove in the end only pleasing to a few, or to one alone, many others are welcomed and pass swiftly from mouth to mouth, with laughter or delight or with solemn thought – as maybe a new jest or new-found saying of wisdom will pass among men of brighter wit. For to the Eldar the making of speech is the oldest of the arts and the most beloved.

This answer, though, raises another question: Why do the intentional language changes wrought by the Elves resemble the gradual, unintentional sound changes of human languages? According to Pengoloð,

the Eldar would alter the sounds of their speech at whiles to other sounds that seemed to them more pleasant, or were at the least unstaled. But this they would not do at hap-hazard. For the Eldar know their tongue, not word by word only, but as a whole: they know even as they speak not only of what sounds is that word woven which they are uttering, but of what sounds and sound-patterns is their whole speech at one time composed.

Here, Tolkien is referring to the historical sound changes that he so delighted in simulating: for instance, the ancient name Ñalatârigellê Crowned with Light becoming Galadriel in later Sindarin.

Pengoloð's point is that the changes undergone by the Elvish languages are not arbitrary, but part of an incremental unfolding process that moves the whole language forward step by step. Doing this requires that each individual feels they deeply understand, and own, the whole language.

Finally, Pengoloð notes that even small or incremental changes are valued and recognized:

the names of those who made new words or first moved great changes are yet often remembered.

and so perhaps we should add a fourth re to our description of the way: remunerate and honor artists. Give credit where it's due.

Of course, as Pengoloð hints, language is not the only art for which these principles are relevant. We can generalize beyond the literal sense of Tolkien's essay to speak of the language of art, or the language of architecture, or music. All these things are an evolving continuum of creation. All passed from hand to hand, mind to mind, pushing steadily ahead in unbroken time.

And now this is ‘an inheritance’—
Upright, rudimentary, unshiftably planked
In the long ago, yet willable forward